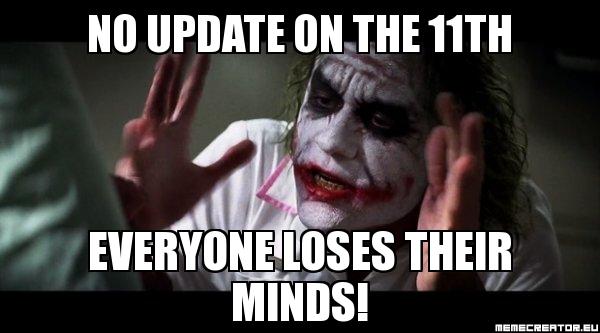 So.. we realise we missed our 11th update. Things have been pretty hectic. We’d also like to break out of that routine, so we’re changing things up.. Instead of having to wait for one MEGA update every month, we’re going to commit to smaller, fortnightly updates and see how we go from there. Yay! Awesome, right? Well to put it simply, there will be weeks where we will have really interesting and exciting content to share with you.. and there will be weeks that have been wasted researching, implementing and testing something that turned out rubbish. But either way, we’ll be keeping you in the loop letting you know how we’re moving forward.

So.. onto this weeks update!

We have always been designing Stranded Deep with a minimalistic GUI in mind, but not to the extent where it would compromise gameplay. Unfortunately, sometimes it’s hard to find a good balance between not breaking immersion and having good variety and room to grow. We had been working with a temporary rotary style menu for the inventory, but found that it was too limiting. So for now, we have a traditional slot inventory and some minimalistic context menus for crafting and building… The components of the UI are still temporary placeholders and will more than likely change and improve as the game evolves, but it’s working well and gives us a lot more freedom to add more combinations and complexity in the future. As the UI is very minimalistic and there is no crafting or building menu as such, we’ve integrated some helper functionality into the crosshair. The crosshair is normally a semi-transparent dot to help center your vision when you need it without being distracting, but it will also display different symbol hints for things like being able to open context menus.

Whats Under The Hood

A beta of the next version of our game engine, Unity 5, has been released. This doesn’t mean much for us at the moment, but it does promise some performance improvements. One of those improvements is an upgraded physics engine, which is great because we use a lot of physics!

We’ve also run into an annoying hitch with the current version we’re using. There’s a fantastic problem where the game runs great in the editor, but the standalone version’s performance is cut in half. So we’re in the process of testing a standalone build with a more recent version to see if the problem has been fixed. Fun, fun 🙂

Well that’s it for now. We appreciate all your support and how vocal you were when we missed an update 😛 So we hope you like hearing from on us on a more regular basis from now on.